I know—the last thing you need is another blog to read!  And the one I’m about to recommend had several authors and consequently great risk of overwhelming your feed reader.  Especially since nearly all the posts are thought-provoking and well-written.

The Front Porch Republic is new—the first posts were on March 2 of this year—but has already produced so many shareable articles that it deserves its own post.  Treat yourself and subscribe to the Front Porch Republic; they have a Comments RSS feed as well, though I can’t usually keep up with it.  A mark of the quality of this blog (and its readers) is that the comments are so far above the “Your a &%$#& moron!” level seen all too often on websites without benefit of sufficient editorial oversight. (More)

Observant readers may have noted a new category of post, which I’ve labelled “Conservationist Living.”  When considering a title for this particular type of post, my first thought was “Green Living,” but that’s too trendy and not really what I mean.

I was born and raised a conservationist.  I’m not sure what people might mean by that label today, but in my family it meant someone who loved the world of nature, cared for it, and used it prudently and wisely.  Conservationists loved hiking, mountain climbing, camping, and picnics.  They never threw litter on the ground and didn’t waste water.  They knew the rules of the wilderness: how to build a safe fire, pitch a tent on dry ground, keep food out of the reach of bears, dig a latrine that would not pollute the water supply, and leave.  At a conservationist’s home one was likely to find a lovingly-tended garden, with bright flowers and the best-tasting vegetables in the world—and a compost pile. (More)

Today at the grocery store I bought sugar.  This is not a confession; I refuse to feel guilty for the purchase.  After all, displayed prominently on the package was this warm-and-fuzzy logo: 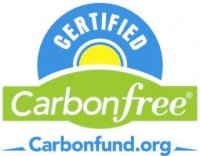 Work Less, Save the World

Keep Meadows, Not Lawns.  That's the title of a Front Porch Republic post (more on the FPR later), the sole content of which is this 16-minute video:

I have nothing against lawns, per se.  We had a large yard when I was growing up, and its lawn was the perfect surface for our volleyball, croquet, and touch football games, for whiffle-ball hitting contests, picnics, tumbling runs, tag, and running through the sprinkler on a hot summer afternoon.  We didn't baby our lawn, though:  aside from mowing in the summer and clearing of leaves in the autumn it received minimal attention, but it grew tough and we grew up thinking dandelions were a positive addition to the landscape.  That said, we do need to rethink our use of the land, and the resources it costs to keep the now-common sterile, pristine, perfect lawn. Let's not overlook the fact that meadows don't require mowing, except for use as baseball fields—and for that even a teenage boy might crank up the lawnmower without being asked.

Despite the title, however, the video is less about lawns than about bees, what's happening to them, and why this is a serious problem.  It's well worth the investment of 1% of your day to watch.
Posted by sursumcorda on Friday, April 3, 2009 at 12:58 pm | Edit
Permalink | Read 1661 times | Comments (1)
Category Conservationist Living: [first] [previous] [next] [newest]

We're not much of a pet family.  We had a cat for a few years, but he didn't get along with the new baby.  He was old and accustomed to having all our attention; he did not like the intruder.  (A few years later she returned the favor by becoming allergic to cats.)  He left for greener pastures, i.e. other family members who returned him to his spoiled, prince of the family position.  As the kids grew older they acquired a few pets—two hamsters and a cockatiel.  We enjoyed them all, and even paid for surgery on a hamster that could have been replaced for $2.50, but I never did understand people who treat their pets like children.  I'm not saying that's wrong, just that it doesn't appear to be part of my makeup.  What's more, we tend to travel a lot, which is a lot easier to do if you don't have pets to worry about.

So...those who know us may be surprised to discover that we have recently acquired some new pets.  Many new pets:  about 2000 red wiggler worms.  They live on our back porch in their own recycled-battery-casing worm condominium.  I've been admiring these garbage-converting little guys for four years, and finally took the plunge with a visit to the Our Vital Earth worm farm in Apopka. There I met Bernie and Carl Moro, both in their 70s and more spry and active than many of us in our 50s.  They started their worm venture as a retirement project after discovering how well home vermicomposting works in Australia. You can see a news story about Bernie and Carl here. (More)

On Saturday we went to the Central Florida Fair, old-fashioned fun with rides, a midway, cotton candy, and hundreds of exhibits. I particularly enjoy the 4H and Future Farmers of America presentations. What I like best, perhaps, is that it is SO NOT DISNEY.

This year I again visited my favorite fair vendor, Our Vital Earth. I like them because they sell worm condominiums. That's Porter's term for the product, which I like better than the official name, Can-O-Worms. Whatever the appellation, it's a nifty system for dealing with home garbage. The tiered container (shown here expanded) takes up about as much room as a large kitchen garbage can. You put your organic garbage—scraps (except meat and bones), grass clippings, leaves, newspapers, dryer lint, old cotton socks—into one of the three trays (the bottom tier holds liquid) along with the garbage-eating worms. When that tray is full, put another on top; the worms migrate upward as they run out of food. After a while the worms are out of the bottom tray, leaving fine fertilizer behind. Water and worm urine collects in the bottom; the resulting liquid makes a good, natural insecticide as well as fertilizer. (They also say it's good for sunburn, but I don't think I'd try that one.) It's supposed to be a rapid, odorless process, big in Australia, where I'm told the device is often kept in the kitchen. I'd probably opt for the back porch, but the one I saw at the fair would not be out of place in a kitchen. It smelled better than most garbage cans.

We have no affiliation with Our Vital Earth, nor any other Can-O-Worms seller. We don't even own a worm condo; I just think it's a cool idea. And we may get one yet, once I figure out how to keep a straight face when arranging for a worm babysitter when we go on vacation. (More)